Complete and utter bullshit. Now pollution is causing global warming to decrease. You can't have it both ways folks. The earth's cooling and is part of a natural cycle that has existed for centuries. The earth warms and then it cools. Then it warms again. The minuscule amount of CO2 put in the atmosphere by man has no affect on climate change. It is a scam to tax your so called carbon footprint supported by the global elites to raise revenue for their world government which they will use destroy the sovereignty of the world's nations. 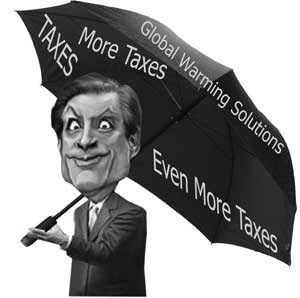 Global warming has slowed down over the past 10 years, say scientists

The rate at which global temperatures are rising has slowed in the past decade, scientists said today.

In a report published today, the Met Office said the slow in the rate of warming was down to a combination of natural variation in the weather and pollution.