Feed the rich, starve the poor... 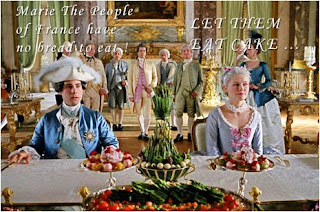 The following are 20 statistics that prove that the wealth of the world is increasingly being funneled into the hands of the global elite, leaving most of the rest of the world wretchedly poor and miserable....

#1 According to the UN Conference on Trade and Development, the number of "least developed countries" has doubled over the past 40 years.

#3 Average income per person in the poorest countries on the continent of Africa has fallen by one-fourth over the past twenty years.

#4 Bill Gates has a net worth of somewhere in the neighborhood of 50 billion dollars. That means that there are approximately 140 different nations that have a yearly GDP which is smaller than the amount of money Bill Gates has.

#5 A study by the World Institute for Development Economics Research discovered that the bottom half of the world population owns approximately 1 percent of all global wealth.

#6 Approximately 1 billion people throughout the world go to bed hungry each night.

#7 The wealthiest 2 percent own more than half of all global household assets.

#8 It is estimated that over 80 percent of the world's population lives in countries where the income gap between the rich and the poor is widening.

#9 Every 3.6 seconds someone starves to death and three-quarters of them are children under the age of 5.

#10 According to Gallup, 33 percent of the people on the globe say that they do not have enough money for food.