"So we should approach climate change from the age-old axiom of "first, do no harm", making sure that our "solutions" do not cause more damage than the problems."

I've posted the end of the article. Click on link to read the extensive and well researched piece... 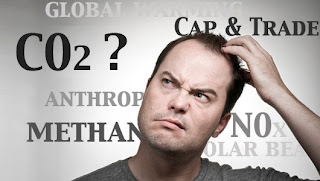 Why Is It So Cold? Should the Big Freeze Alter Our Approach to Climate Change?
Washington’s Blog

So what should we do?

Well, as I’ve repeatedly pointed out, everyone should agree on two things:

The Carbon Footprint of WarFirst, as Harvey Wasserman notes, continuing the wars in Afghanistan and Iraq will more than wipe out any reduction in carbon from the government’s proposed climate measures. Writing about the escalation in the Afghanistan war, Wasserman says:

The war would also come with a carbon burst. How will the massive emissions created by 100,000-plus soldiers in wartime be counted in the 17% reduction rubric? Will the HumVees be converted to hybrids? What is the carbon impact of Predator bombs that destroy Afghan families and villages?

[See this for proof that the military is the biggest producer of carbon.] The continuance of the Afghanistan and Iraq wars completely and thoroughly undermines the government’s claims that there is a global warming emergency and that reducing carbon output through cap and trade is needed to save the planet.

I can’t take anything the government says about carbon footprints seriously until the government ends the unnecessary wars in Afghanistan and Iraq. For evidence that the Iraq war is unnecessary, see this. Read this for evidence that the U.S. could have taken Bin Laden out years ago and avoided a decades long war in Afghanistan. And for proof that the entire war on Muslim extremists is unnecessary for our national security, see this.

War is also very harmful to the economy. See this, this and this.

Second, the proposed solution to global warming – cap and trade – is a scam. Specifically:

* Our bailout buddies over at Goldman Sachs, JP Morgan, Morgan Stanley, Citigroup and the other Wall Street behemoths are buying heavily into carbon trading (see this, this, this, this, this and this). As University of Maryland professor economics professor and former Chief Economist at the U.S. International Trade Commission Peter Morici writes:

Obama must ensure that the banks use the trillions of dollars in federal bailout assistance to renegotiate mortgages and make new loans to worthy homebuyers and businesses. Obama must make certain that banks do not continue to squander federal largess by padding executive bonuses, acquiring other banks and pursuing new high-return, high-risk lines of businesses in merger activity, carbon trading and complex derivatives. Industry leaders like Citigroup have announced plans to move in those directions. Many of these bankers enjoyed influence in and contributed generously to the Obama campaign. Now it remains to be seen if a President Obama can stand up to these same bankers and persuade or compel them to act responsibly.

In other words, the same companies that made billions off of derivatives and other scams and are now getting bailed out on your dime are going to make billions from carbon trading.

In addition, as I have extensively discussed, soot has been discovered to be a leading cause of snow and ice melting in the Arctic and the Himalayas, soot has a much faster influence on temperature than CO2, and it is relatively easy to reduce soot. (Breathing soot is also horrible for people’s health, so reducing it is a win-win). Both global warming activists and skeptics should demand international treaties which reduce soot.

Finally, Noam Chomsky and James Lovelock (environmentalist and creator of the “Gaia hypothesis”) have both said that they would be okay with an authoritarian approach to tackling global warming. But whatever one might think about climate change, we should agree that fascism is not justified.