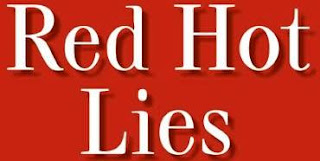 The upshot? The punditry looked for and recently found an alternate number to tout — “97% of the world’s climate scientists” accept the consensus, articles in the Washington Post and elsewhere have begun to claim.

This number will prove a new embarrassment to the pundits and press who use it. The number stems from a 2009 online survey of 10,257 earth scientists, conducted by two researchers at the University of Illinois. The survey results must have deeply disappointed the researchers – in the end, they chose to highlight the views of a subgroup of just 77 scientists, 75 of whom thought humans contributed to climate change. The ratio 75/77 produces the 97% figure that pundits now tout.

The two researchers started by altogether excluding from their survey the thousands of scientists most likely to think that the Sun, or planetary movements, might have something to do with climate on Earth – out were the solar scientists, space scientists, cosmologists, physicists, meteorologists and astronomers. That left the 10,257 scientists in disciplines like geology, oceanography, paleontology, and geochemistry that were somehow deemed more worthy of being included in the consensus. The two researchers also decided that scientific accomplishment should not be a factor in who could answer – those surveyed were determined by their place of employment (an academic or a governmental institution). Neither was academic qualification a factor – about 1,000 of those surveyed did not have a PhD, some didn’t even have a master’s diploma.