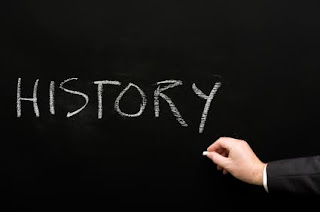 Teachers: how are you teaching US War Crimes, destruction of US Constitution?

We teach limited government under a constitution that secures unalienable rights of life, liberty and pursuit of happiness. This first right means that one’s life cannot be taken by tyrannical government.

The two-minute video here is Defense Secretary Panetta claiming US law allows assassinating Americans if government merely says an American is guilty of a crime. Acts upon what the leader says at any given time rather than limited power under law is the etymology of dictatorship. “Law” based on the dictates of a leader is exactly what Nazi Germany had; their word for leader was fuhrer.

The 5th and 6th Amendments of the US Constitution promise that if the government is to seize you, let alone assassinate you, they have to follow due process to secure persons’ unalienable rights:

“No person shall be held to answer for a capital, or otherwise infamous crime, unless on a presentment or indictment of a grand jury (that means a jury of one’s peers, not the dictatorship of “the leader”)… nor shall any person… be deprived of life, liberty, or property, without due process of law;…

“In all criminal prosecutions, the accused shall enjoy the right to a speedy and public trial, by an impartial jury…, and to be informed of the nature and cause of the accusation; to be confronted with the witnesses against him; to have compulsory process for obtaining witnesses in his favor, and to have the assistance of counsel for his defense.”

Department of Defense Chief Counsel Jeh Johnson spoke to Yale’s law school and repeated the claim of government authority to dictate any American as a “terrorist” or “terrorist supporter” and be assassinated. This is in Orwellian contradiction to 5th Amendment rights that government cannot deprive you of your life without the above explicit due process. Importantly, Mr. Johnson, the War Department’s top “legal” voice, had more to say: government-dictated assassinations cannot be legally challenged through US courts.

President Obama instructed Justice Department lawyers to defend unlimited warrantless searches in Orwellian violation of the 4th Amendment. Such searches could be claimed as evidence of “supporting terrorism” and then not subject to review after assassination.

The 2006 Military Commissions Act and 2012 NDAA “legislated” dictatorial authority to declare any person a “terrorist supporter,” seize such persons, and hold them indefinitely and without rights.

President Bush and VP Cheney previously claimed that controlled drowning (waterboarding) is an acceptable method to interrogate and receive confessions, despite US courts’ unanimous rulings that this is torture and that the US hanged WW2 Japanese authorities for its use.

These policies to crush dissent protect US obvious violation of war law to engage in current Wars of Aggression. The publicly-stated “reasons” for these wars are tragic-comic lies easily proved as such with a few moments’ attention.

This is US “law” in our world of the present, and in “emperor has no clothes” obvious violation to the Bill of Rights for all persons (not just citizens).

If we just used “nation x” and “government official y said” for the above facts, and students identified them as examples of the US form of government, we would be horrified at their fundamental confusion, yes? We have other names for such forms of government.

Americans who receive their “news” from the six mega-corporations that dominate ~90% of “reporting” will never view clearly-stated facts of the above topics. The CIA disclosed to the Senate Church Committee that they had 400 persons working with the largest US media market to spin stories favorable to administration policies. The facts argue this is still active practice.

Colleagues in education: how are you teaching US War Crimes and destruction of the US Constitution?

Or, do you ignore these changes as you suffer from cognitive dissonance, American Exceptionalism, or the “Big Lie” (and here)? Is it that you haven’t heard about them clearly through the “news” you receive? Or can you ethically stand that government claims for Bill of Rights removals is indeed constitutional?

If you can refute any of the above facts I present as objective, I’d really like to hear the argument. I worked with 200-300 policy briefs for 18 years, and am deeply practiced for factual documentation meant to withstand academic and political challenge; I assert that what both parties’ leadership and corporate media publicly state is paper-thin propaganda on the above topics. Don’t believe me, read this to see for yourself how the New York Times “reported” about the largest meeting of heads of state (presidents, prime ministers, royalty) in world history to save a million children’s lives every month. When you’ve read how this story was obfuscated and buried after the sections on style, travel, and corrections, ask and answer to yourself how that can be explained in any other rational way other than supporting a political agenda consistent with this article’s facts for American neocolonialism (domestic and foreign control by an oligarchy/1% for their own benefit).

Actually, such policies and “news” manipulation have been US business as usual for some time (and here).

I can provide documentation among literally hundreds of professional and “hobby” journalists, but you’ll have to look and think for yourself.

Upon confirmation of these facts, how are you teaching US War Crimes and destruction of the US Constitution?

Part 2: How a government teacher easily proves Occupy’s claim of US War Crimes

Part 4: Why everyone should Occupy US 1% corporate media: they lie

Important history that makes crimes in the present easy to see and understand:

Occupy This: US History exposes the 1%’s crimes then and now (6-part series)

Click here for article and hyperlinks found within the article:
http://www.washingtonsblog.com/2012/02/teachers-how-are-you-teaching-us-war-crimes-destruction-of-us-constitution.html
Posted by Wallyworld