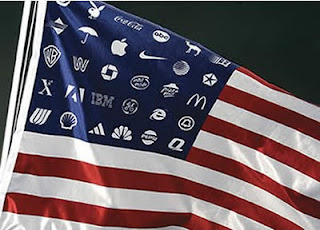 Today, there are protests all over America that are targeting "the one percent" and all of the wealth and power that they have accumulated. Unfortunately, many of the solutions that these protesters are advocating simply will not work and will not lead to less wealth inequality. To understand this, you have to understand how we got to this point. Over the past several decades, our federal government has exploded in size and our large corporations have exploded in size. In fact, we have seen this pattern happen pretty much all over the world. Governments and corporations all over the globe are getting much bigger. Whenever you have very, very large concentrations of money and power like that, it is going to lead to massive wealth inequality. The Occupy Wall Street protesters would like to frame this debate as "socialism vs. capitalism", but the truth is that wherever you find big government you will almost always find big corporations, and wherever you find big corporations you will almost always find big government. Sure, they spar once in a while, but the reality is that big government and big corporations work in tandem most of the time. Sometimes big government has the upper hand and sometimes big corporations have the upper hand, but they are both collectivist institutions. Wherever you find collectivism in the world, you will find an elite that receives most of the benefits while the rest of the population suffers. In the United States today, our gigantic government is thriving and our gigantic corporations are thriving and the middle class is rapidly shrinking. The solution to this is not to replace one form of collectivism with another form of collectivism. Rather, what we need is to go back to what our founding fathers intended. They were extremely suspicious of large concentrations of wealth and power, and they intended for us to live in a capitalist system where individuals and small businesses had the freedom to compete and thrive.

Today, Democrats tell us that we need an even bigger government and that we need to redistribute even more wealth to the poor. But the bigger the government gets, the more poor people we seem to have. As you will see below, the only people that seem to be thriving from big government are the bureaucrats.

Republicans tell us that we need to make life better for the big corporations. But the reality is that the bigger our giant corporations get, the faster the middle class shrinks. The big corporations are shipping millions of our jobs out of the country, and they are magnets for wealth and power. If you are not aware of how overwhelmingly dominant corporations have become in our society, just read this article.

Yes, there are always going to be some people that do much better than others (and there is nothing wrong with that), but we should not have a system which is designed to funnel almost all of the wealth and almost all of the power to a very small minority.

In essence, this article is arguing the following....

This was the view of our founding fathers, and this is what we need to get back to.

Let's take a look at some of the results of our current system. Let's start with income inequality caused by big government.

So what is the cause of this?

Well, it is not because Washington D.C. is a great center of industry or finance. Rather, it is because the federal government is spending over 3 trillion dollars a year and is showering huge piles of cash on hordes of bureaucrats.

In a recent article, I noted some of the mind blowing statistics that show how bureaucrats in Washington D.C. are living the high life at our expense....

*When you total up all compensation (including health care and benefits), the average income for a federal worker in the Washington D.C. area last year was $126,369.

As I have written about previously, our gigantic federal government also empowers the big corporations to continue to accumulate staggering amounts of wealth and power. This is one reason why the big corporations contribute so much money to political campaigns. The big corporations (and the elite that own and run them) have much more influence over the political process than we do. They have spent decades buying politicians and getting laws passed that tilt the rules of the game radically in their favor.

This is something that our founding fathers did not want to happen. In a 2010 article, Rick Ungar noted that there were very significant restrictions on corporations in the early days of America....

After the nation’s founding, corporations were, as they are today, the result of charters granted by the state. However, unlike today, they were limited in how long they were permitted to exist (typically 20 or 30 years), only permitted to deal in one commodity, they could not own shares in other corporations, and their property holdings were expressly limited to what they needed to accomplish their corporate business goals.
There was a lot of wisdom to that approach. Our founding fathers knew that corporations would become giant magnets for wealth and power if they were allowed to grow unchecked....